An interview with… Peter James

In September 2009, I interviewed crime writer, Peter James, author of the international bestselling Detective Superintendent Roy Grace series, published in over 30 languages, spends a day a week out with the Police and has recently been made Patron of Sussex Crimestoppers.  He told me all about his research for, Dead Tomorrow, published by Macmillan, June 5th 2009. This was one of the most shocking and fascinating interviews I have ever undertaken. 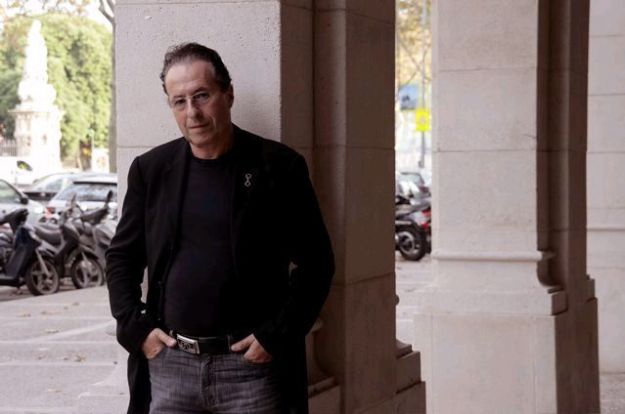 Peter told me that for him, research is as important an element in writing his novels as character and plot. He views each of these elements as an inseparable trinity.

“Each of my Roy Grace novels has its genesis in a true story or in research facts – as indeed do all of my previous novels.” (Peter James)

The central story of Dead Tomorrow is a single mother, Lynn Beckett, whose 15 year old daughter, Caitlin, is suffering liver failure.  Unless she gets a transplant within weeks she will not survive. Knowing the true fact that 3 people die every day in the UK waiting for a transplant, Lynn panics that the system will let her daughter down and goes on the internet. She discovers a German organ broker who can obtain a liver for her but at a terrible financial and human price.

He explained the spark for Dead Tomorrow came from a chance conversation at a dinner party, back in 1998. He was seated next to multi-award winning documentary film maker Kate Blewett – best known for the harrowing The Dying Rooms. She asked Peter how much he thought his body was worth as a soup of chemicals. Peter had no idea and Kate informed him it was worth about 50p. She then asked how much he thought he was worth in body parts as a reasonably healthy human being and stunned Peter by telling him the black market price for a healthy teenage or adult human is around $1m.

You can get up to $400k for your liver, the same again for your heart-lungs, $60k for each kidney, then your skin, eyes, bones, and a few other bits and pieces…. The reason being there is a world shortage of human organs, caused by improvements in transplant techniques, a reluctance for people to donate, and most ironic off all, by more people wearing car seat belts – which means they don’t die of head injuries so much any more, leaving their bodies – and internal organs – intact. As a result, three people die every day in the UK, waiting for a transplant. Around 20% of people on the liver transplant waiting lists will die before they get one – in the USA the figure is as high as 90%. 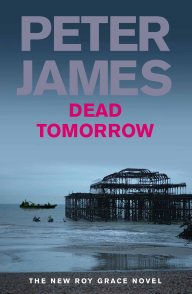 In the past decade a huge international market for human organs has evolved.  In some countries it is illegal in others, it openly goes on. China has been steadily lowering the threshold of the death penalty for several years running, executing prisoners with a single head-shot and selling their bodies to Taiwan. Manilla in the Philippines is now known as One Kidney Island. You can go there for an all-inclusive price of about £50k, and get a kidney transplant. In India, in some castes, women routinely sell one kidney before they get married, for their dowry, and are joyfully happy with the $250 they receive.  In Columbia, the mafia are making more money out of human organ trafficking in some parts of the country, than from drugs.

As a true example of the illicit trade, in 1990, eminent British kidney transplant surgeon, Dr Raymond Crockett, who Peter has interviewed, was struck off the medical register for nine years for illegally buying kidneys, for UK patients, from four students in Turkey.

James told me he wrote a story for HBO Television in the USA several years ago.  It was about an eight-year-old street kid called Juanita who was begging outside El Dorado Airport in Bogota, Columbia.  She was arrested by the police and handed to a care agency.  From there she was put in an orphanage, a beautiful home in the country, with other kids her age.  When she was fourteen, the parents of a teenage girl in the USA, desperate for a liver, paid the Columbian mafia $450,000.  Juanita, who was a match, was killed and all her organs were harvested. Peter said:

“I am sure you are think that as I write fiction, that story was fiction.  But sadly it wasn’t, it was true…” (Peter James)

For each novel, it is not just the lives of his villains and victims that he researches. Peter explained keeping current with the police and getting the correct police procedures right is absolutely crucial. Early in Dead Tomorrow, a dredger hauls up the body of a recently dead teenager from the seabed, just off the coast of Brighton. Peter needed to understand how a dredger works, and what it does, so he spent a day at sea on a working one, off Shoreham.  Then he needed to understand what the police would do in this instance, and was told a Police dive team – the Specialist Search Unit – would go out and search the seabed for clues.

“The SSU kindly took me out to sea on a training exercise – and there I learned too much information…!!!  I always had a romantic notion that being a police diver must be a great gig – you get to swan around in scuba gear, getting paid to do what you love. Wrong! It was explained to me that the police almost always dive in zero visibility – in muddy canals full of barbed wire and rusting supermarket trolleys and jagged metal, or in sewers, or in weed-strewn lakes, or the bottom of the English Channel which is always churned up.” (Peter James)

In the interview Peter explained the procedure is to drop a weighted line down to the sea bed, then connected to the surface by a voice line and air line, they sink down, carrying a 200 metre cable over their shoulders, with a weight on each end of it – this is called a “jackstay”.  They then lay it out in a straight line on the sea or river bed, and swim back, holding the line in one hand and sweeping in the pitch darkness with the other.  If they find nothing, they move the weights a foot to the right or left, gridding out the bed.  When they find a body, under their strict procedures, they have to hug it, in case a current carries it away, and radio to the surface for a colleague to descend with an airbag to raise it to the surface.  They will have no way of knowing whether this body has been there for days, or weeks or months, and it is likely to be crawling with crabs.

Peter James next Roy Grace novel, Find Them Dead is due to be released July 2020.

Find out more about Peter James and his books on his website: www.peterjames.com

To read the complete feature you can purchase a copy of #95 Sept 2009 Writers’ Forum by ordering online from Select Magazines.

To read my latest Research Secrets or Writing 4 Children interviews you can invest in a subscription from the Writers’ Forum website, or download Writers’ Forum to your iOS or Android device.