Book Review – The Story of the Olympics

Title: The Story of the Olympics

Written and Illustrated by:  Richard Brassey 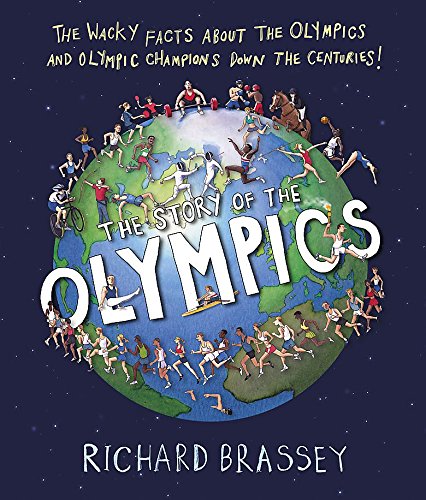 The Story of the Olympics is certainly a new slant on an old subject. It is full of the most amazing, obscure facts. Things I most certainly never knew before and never even thought to ask. Some of these facts would make great starting points for a wide range of speaking and listening activities in the classroom or even in a discussion with your child, especially the information he gives about how politics have interfered with the games.

The book compares the ancient and modern Olympics in an exciting and informative way – a favourite with teachers who are covering the Olympics as part of their topic on Ancient Greece. The bright and adventurous pictures capture the imagination and keep you turning the pages to discover the fascinating snippets of information about each of the Olympic Games and the winners, throughout history from 1908 and goes as far as the 2016 games held in Rio de Janeiro. The information is conveyed in a chatty, humorous way which will keep the attention of even the most reluctant reader.

I particularly like the way it starts with the Olympic truce and the Olympic ideal, two things which are often neglected in other books about the Olympics. This is certainly a book to keep your eye on if teaching about the Olympics or the Greeks or even World War Two, especially with Tokyo 2020 looming next year.