An interview with… Kathleen Duey

I interviewed her in November 2007, as a speaker at the SCBWI Bologna Conference, March 2008.

Kathleen Duey is the author of over 70 children’s and young adult books including historical fiction, nonfiction, picture books and dark fantasy. She was one of the 2007 finalists for the National Book Award for Literature for Young People, with her novel Skin Hunger: A Resurrection of Magic. She writes for adults with a partner; they have a finished novel with an agent and a second work being optioned by HBO. She lives in San Diego County, USA. 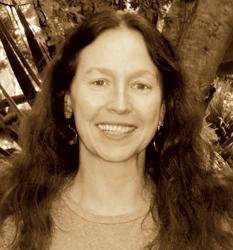 This is what Kathleen told me:

I always want to be a writer. My fourth grade teacher encouraged me and got me started writing stories. Then an English teacher in high school made me promise I would keep writing and give it a serious try, which I finally did, in my late thirties. Mrs. Fredericksen and Mr. Doohan. Bless ‘em both.

She explained all the work she has done and all the play, informs her writing. Living off-grid for a long time shaped her, too. She missed a couple of decades of TV. She does a lot of historical research for her books. But, the research never hampers her historical fiction. She uses a lot of primary sources and they always enrich, guide, inform. She told me she has never once felt constrained by facts.

Kathleen said she identifies very closely with all her characters, so in a way, has been all of them. She could live where Heart Avamir lives. (The Unicorn’s Secret) in fact she hinted she did, in a weird way, but that’s a whole story in itself. Her life has been extraordinary – she dropped out of the mainstream and lived off the land for many years. That gave her a rich vein of knowledge to mine.

Her childhood influenced what she writes in every way. She grew up in rural places, was raised by rural parents. She writes historical fiction and fantasy… both usually low tech, in cultures where people are close to the soil. As a child, her parents bought her non-fiction, almost exclusively. The first novel she loved was Molly Make Believe, an old book she found in her great Aunt’s apartment. Then came Black Beauty and then all the Farley books. In middle school she discovered fantasy and SF and was astounded at the created worlds, the possibilities of speculation, the massive intellects of the writers.

Kathleen claims the best books are autobiographical to some degree.

I work alone, almost always, in my office at home. I often play music, quietly. Sometimes I prefer silence. If it is chilly, Rooibos tea is wonderful. The hardest part of writing is sitting still, indoors – I hate it. The shortest time it has taken me to write a book is nine days. the longest was fifteen years.

She told me, people just need to figure out what is comfortable, what works for them when it comes to social media and marketing. She likes travel, she loves schools and speaking has become fun even though she said she began as a nervous, two-puke speaker, she now enjoys it.

I like every genre I have written in and intend to try more. It’s just the way my brain works; it’s not a conscious business choice or a deliberate artistic decision. It is about the individual project for me, not the genre. Whatever takes my breath away – that’s what I want to write. I like writing for all age groups. I seem to thrive on variety. Writing for kids is an obvious choice for me. I like kids. And I am head over heels in love with the possibility of touching a child’s (or a teen’s) life the way mine was touched by books.