What makes me want to keep reading?

Over the past few weeks I have been thinking increasingly about this question. I am the type of person that if I get bored with a book I will not carry on. I have a very short attention span and my mind wanders very easily into my own little worlds. I have read several books where I have been told, if you get past chapter five it is great you can’t put it down, because I have stopped reading during chapter two. 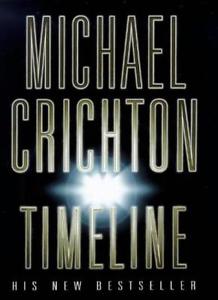 Room by Emma Donoghue and Timeline by Michael Crichton are two of these books. I have started again with these books and forced myself to read on and consequently really enjoyed the books and have since, read them again. So did I give up too soon? Why did I stop reading in the first place (especially as both of these books have such brilliant concepts)?

After a lot of thought, I think that there was too much backstory for me from the onset. I know as authors we should release the thread slowly, but these books for me, in the first few chapters, were too slow. The stories felt as if they were going nowhere. Even the dialogue did not seem to me to propel the story forward. In fact, dare I say it of two best-selling authors but the beginnings were rather self-indulgent. I didn’t get the cliff-hanger or unanswered question at the end of the chapter to make me want to read on. I have posted about writing cliff-hangers before: End Each Chapter With a Cliffhanger

I’ve heard it a thousand times on creative writing courses and I know I’ve said it myself and have more than likely written it in one of my blogs before but honestly if it doesn’t move the story forward, leave it out. I will block quote that:

If it doesn’t move the story forward, leave it out.

When I come to edit a chapter book, I always re-read each chapter (which is usually a scene) separately and ask myself these questions at the end:

These questions really help me to focus my mind.

I love reading books, which make me want to skip parts to find out the answers before I carry on from where I left off. It is frustrating when a book ends and it says… to be continued. I actually feel really cross at the author. This is what happened to me with Teri Terry’s first book in her Slated series. 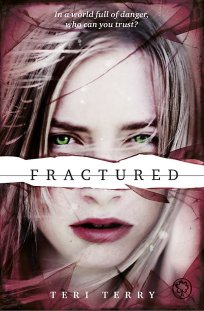 But this technique did make me buy the next book in the trilogy as soon as it was released and they are still one of my favourite all-time series of books. I have also bought and read every other book she has written – so they’ve got to be good. I think Teri Terry’s books really hits it on nail – so here is my epiphany I wanted to share with you all:

To make me want to keep reading you have to make me care about the characters from the start and keep on making me want to find out what happens to them.

It really is that simple. I hope this helps you when writing and editing your own books.

1 thought on “What makes me want to keep reading?”