An interview with… Leonard S. Marcus

Leonard S. Marcus is one of the children’s book world’s most respected and versatile writers, historians, and critics. He has written many highly acclaimed books about children’s literature, and the authors and artists who created them. Leonard’s book reviews have been featured in many US magazines including Parenting magazine, the New York Times Book Review, Washington Post Book World, and Publishers Weekly. I interviewed him January 2008, as one of the speakers at the SCBWI Bologna Conference, March 2008.

These are some of his award-winning books:

Randolph Caldecott: The Man Who Could Not Stop Drawing

Listening for Madeleine: A Portrait of Madeleine L’Engle in Many Voices

In the interview, Leonard told me he started writing when he was at school in the US during second grade. His passion for writing grew throughout his education, even though it was a long time before he had any idea of how to go about making a living or a life as writer.

“The reading specialist who was assigned to help me at school suggested that I try writing poems to read to her. It was then that I began my writing and reading life. Thanks to that teacher, I experienced a feeling of great satisfaction because I found that it was easy to read what I myself had written and that made me want to write more and more.” Leonard S Marcus

For the first three years in New York, he was a copywriter for Dover Books, a New York paperback publisher specialising in reissues of out of print classics. He explained how he learned a great deal about art and bookmaking there, and a lot about the stinginess of publishers. After that he freelanced, writing book reviews and also teaching courses on children’s books at the School of Visual Arts and elsewhere while trying to get started as an author.

Leonard mostly writes nonfiction. He said, of all the people he has written about as characters he found, Feodor Rojankovsky, the great Russian illustrator of Golden Books one of the most inspiring, because his art has so much energy and he travelled so much and led such an adventurous life.

His favourite picture book as a child was a Little Golden Book called Laddie and the Little Rabbit. It had photographic illustrations by Bill Gottlieb, a photographer who took some of the best known pictures of Billie Holiday and Louis Armstrong.

“I think I loved the book because I wanted to have a dog and wasn’t allow to. Laddie was a springer spaniel. I recently met Bill Gottlieb’s widow Delia and – all these years later – learned that the dog in the photos was her dog and that his real name was James Thurber.” Leonard Marcus

Leonard’s tip to other writers is to put effort into promotion and marketing of your books. He explained some writers such as, Shel Silverstein, did not have to market themselves and had bestseller after bestseller. But publishers appreciate an author’s own promotional efforts and sometimes can be persuaded to help, for instance by contacting a public radio station in the city where a talk is about to take place.

“I enjoy giving talks and readings and try to do as many of them as possible. Lately, I have been making more of an effort to group these programs so that I get the most out of a trip to another city or region.” Leonard S. Marcus

Leonard’s interest in early 19th-century American children’s Books, began as a history major in college, as they stirred memories of his own childhood. It dawned on him that because children’s books are usually illustrated he would be able to write about art as well as literature. He became fascinated by the challenge of telling stories in two different media, and by all the many different ways that artists and writers have found to do this effectively. 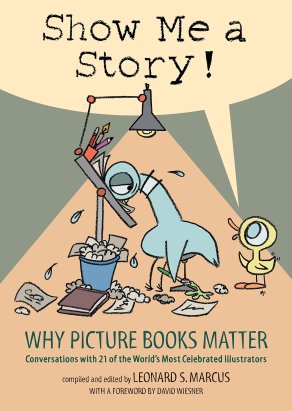 Show Me a Story!: Why Picture Books Matter: Conversations with 21 of the World’s Most Celebrated Illustrators 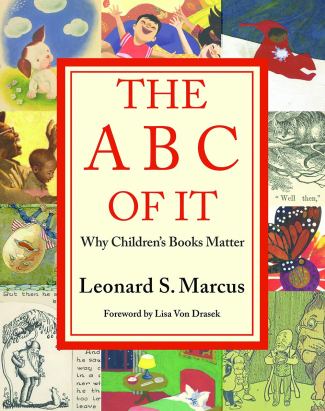 The ABC of It: Why Children’s Books Matter

He began to wonder why children’s book art is not often exhibited in museums. This in turn raised questions about the value our society places on childhood and the things of children’s culture. This inspired him to write books about the creation, marketing, and world-wide impact of popular children’s literature.

You can discover more about Leonard S. Marcus and his books on his website: www.leonardmarcus.com